Commemoration of Remembrance Day in Sutton this November 11 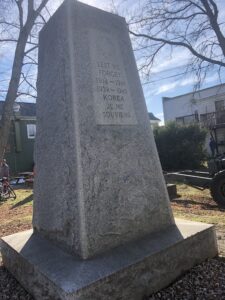 Next Wednesday, on November 11, the Town of Sutton, like all of Canada, will celebrate the 102nd anniversary of the First World War armistice. A ceremony, abridged due to the health situation, will take place at the parc des Vétérans at 10:45 a.m., in the presence of representatives of the different levels of governments, the mayor, councillors and members of the Royal Canadian Legion Branch 158 Sutton. The individual crowns and crosses will be laid in advance, between 9:30 a.m. and 10:30 a.m. A few spaced chairs will be installed and physical distancing and wearing of a mask will be imperative.

A new plaque at the town hall

After the ceremony, a new commemorative plaque will be unveiled on the exterior wall of the Town Hall, next to the one already affixed in memory of the soldiers who died in action during the First World War. The new plaque, initiated by the Royal Canadian Legion 158 Sutton Branch, is intended to honour the 75th anniversary of the end of World War II and the 70th anniversary of the Korean War. 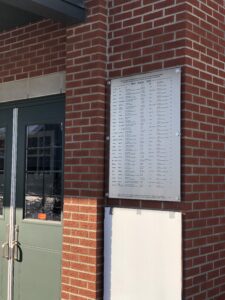 The Importance of Remembrance Day

Originally called Armistice Day, this anniversary day was established in 1919 in Canada to mark the end of the Great War signed in 1918 on the 11th day of the 11th month at 11 a.m. Renamed Remembrance Day in 1931, it honours the men and women who gave their lives in the service of their country and those who still serve it today. Thus, each year, across the country, on November 11 at 11 a.m., Canadians are invited to observe two minutes of silence in their honour.

The Royal Canadian Legion distributes poppies every year, starting on the last Friday in October, to symbolize Remembrance Day. They should be respectfully pinned to the left side, that is, to the heart. While free, any donation is welcome to support Canada’s Veterans and their families.

Closure of the Town Hall offices

Please note that the administrative offices of the Town of Sutton will be closed during this statutory holiday of November 11, 2020.